What is a CNC Machine?

Machine tools to cut, shear, bore or grind metallic parts for use in the manufacturing sector have existed even before the Industrial Revolution. But early machine tools were driven by hand using levers and gears; later on, electric motors and hydraulic systems were used, and now computers are used to control them. Before understanding a CNC machine, it is better to have some know-how of what numerical control is.

Numerical control refers to using an algorithm or computer program to control a machine tool. In other words, a set of instructions containing numbers, symbols, and letters is used to program the machine to perform a certain task. Numerical control machines were invented in the 1940s and 1950s. Although electronics was still in its infancy, motors were utilized to guide the machine through a set of dots on a punched tape. Later on, digital computers were implemented. This gave rise to the modern CNC machine. CNC stands for computer numerical control.

A CNC machine consists of a microcomputer such as a microcontroller or a programmable logic controller (PLC), fitted on the machine itself, and programmed with a set of instructions to carry out the specified task. 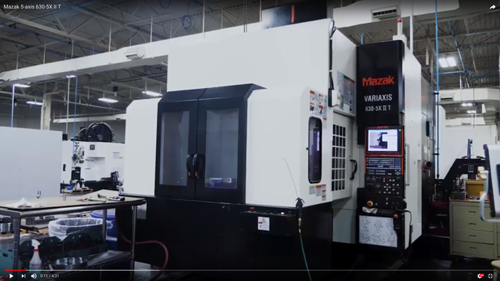 CNC machines offer greater benefits over a traditional NC or numerical control machines. They are more flexible as they can be easily reprogrammed by a computer programmer to match the new job. Furthermore, they are cost-effective and much faster owing to the blazing speeds of modern computer processors. They also have more storage capacity and are highly accurate.

How do they Work?

Machining tasks like cutting metal parts to shape them require highly skilled operators; that can be expensive. On the other hand, CNC machines don’t need many people to run them. It just needs an operator who can write and load the program into the machine and fit it with the appropriate tools. After that, the machine takes over as the task is completely automated.

This website uses cookies to improve your experience while you navigate through the website. Out of these, the cookies that are categorized as necessary are stored on your browser as they are essential for the working of basic functionalities of the website. We also use third-party cookies that help us analyze and understand how you use this website. These cookies will be stored in your browser only with your consent. You also have the option to opt-out of these cookies. But opting out of some of these cookies may affect your browsing experience.
Necessary Always Enabled
Necessary cookies are absolutely essential for the website to function properly. These cookies ensure basic functionalities and security features of the website, anonymously.
Functional
Functional cookies help to perform certain functionalities like sharing the content of the website on social media platforms, collect feedbacks, and other third-party features.
Performance
Performance cookies are used to understand and analyze the key performance indexes of the website which helps in delivering a better user experience for the visitors.
Analytics
Analytical cookies are used to understand how visitors interact with the website. These cookies help provide information on metrics the number of visitors, bounce rate, traffic source, etc.
Advertisement
Advertisement cookies are used to provide visitors with relevant ads and marketing campaigns. These cookies track visitors across websites and collect information to provide customized ads.
Others
Other uncategorized cookies are those that are being analyzed and have not been classified into a category as yet.
SAVE & ACCEPT